Our featured rescue for February… 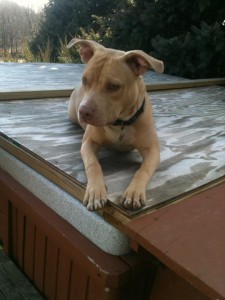 Rescue Dogs Rock Animal Rescue is an awesome animal rescue which specializes in rescuing and finding loving and responsible forever families for homeless companion animals. Ginny Duca Chappell and Nichole D’Amico, are the two amazing women who founded Rescue Dogs Rock in 2011. They both share a deep love for animals and their welfare, and though their rescue is new, they are not new to animal rescue work. Their experience combined totals over 17 years of rescuing animals!

Based in Chester County, Pennsylvania, Rescue Dogs Rock’s primary focus is on dogs and puppies of all ages and breeds. The unwanted animals they rescue come from crowded animal shelters, other rescues, abusive/neglectful situations, private surrenders, or are abandoned. They also step in to rescue adult dogs and puppies from states in the Southeast where pet overpopulation is severe, including Georgia, North Carolina, and Kentucky. The dogs that are pictured, Bo, Otto, and Zena are just some of the fabulous dogs that are available and waiting for their forever homes. 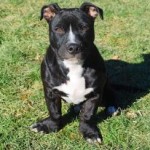 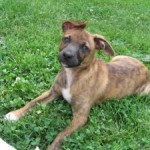 The passion and advocacy that Ginny and Nichole share helps animals in need through rescue, foster & placement, and their efforts raise public awareness, and provide education about animal welfare issues. They are making a tremendous difference in the lives of animals!

Rescue Dogs Rock Animal Rescue – ROCKS, and I’m excited to support their efforts by hosting a Love Adds Up fundraiser through the month of February. As an added incentive to help them out, there will also be a random drawing which will include anyone who purchases a sticker or magnet through February 14, 2012. The prize…an awesome gift pack of goodies for your dog!