For The Love of Sadie 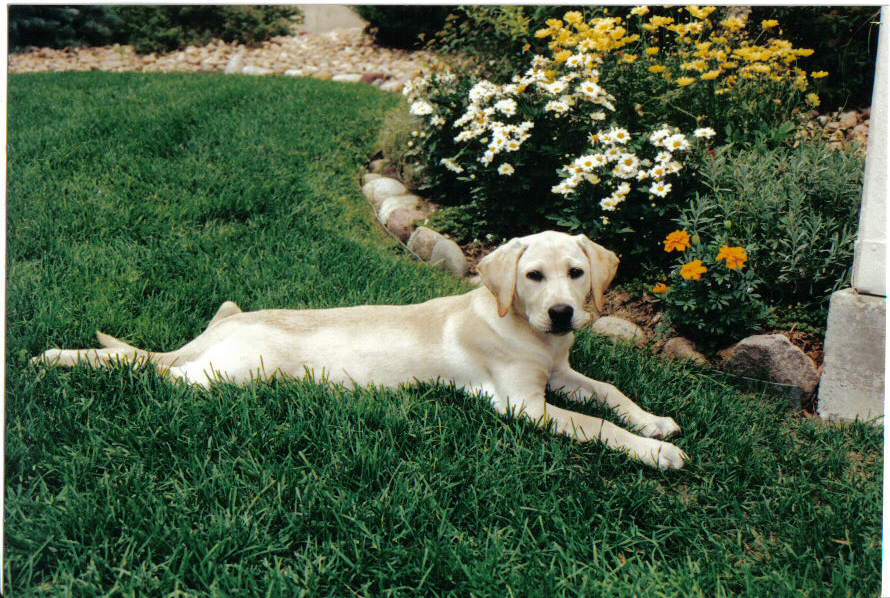 Sadie was sunshine, and she stole my heart from the moment she looked up at me and flashed those beautiful brown eyes a little more than twelve years ago. She sat quietly in a corner, calm and mellow; timid and quiet. I remember looking into that face, as it stared back at me, flanked by ears that appeared as though she would never grow into them, her fur a creamy yellow, so pale it was almost white. She was puppy cute, but extraordinarily beautiful; a beauty that would last her entire life time.

Sadie was joy and taught me the meaning of happiness! Her excitement for life was never ending. She was vocal and exuberant, and when she barked you knew it. It was a long drawn out, unmistakable bark. If I called her name, she always answered with a bark. If I scolded her for barking, she barked back. She loved to communicate, no matter the circumstance. I think she loved the sound of her own voice! 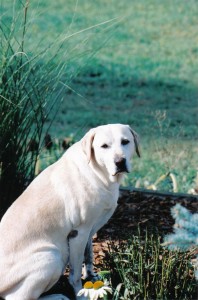 Sadie had a nose for exploring and it was forever in the grass. Always following a scent, and then often times rolling in whatever she found! She loved bones and tennis balls, but she was a Labrador Retriever that didn’t like to retrieve. A ball was to be chased, and then you were expected to chase her while she carried it around like a proud trophy until her jaws tired of it! She was a bundle of energy and enthusiasm, with a tail that perpetually wagged. Laying down, standing still, hearing her name, just making eye contact… it didn’t matter. The only difference, you either watched it wag, or heard it’s soft thump as it hit the floor!

Sadie loved to eat! Boy did she love to eat! She did a tap dance before every meal, with eyes that were always alert for signs of an impending treat being tossed from the air. There was hardly one that she ever missed, and if she did, it was usually the fault of the thrower! No matter where she was in the house, those ears that seemed so big when she was a puppy, came in handy for hearing the sound of food being unwrapped, or the refrigerator door being opened! And if she wasn’t staring at you while you ate, her eyes were glued to the floor for any crumbs that might manage to drop. She even took joy in eating the bits of imaginary morsels that she thought were there. 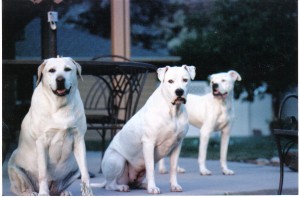 Sadie started to slow down about a year ago, but her zest for life never waned. She loved going for walks, and even as her joints aged, she still ran at top speed when I called her name. When her beautiful body began to develop lumps, I was assured each time that though unsightly, they were nothing to be concerned about. Fatty tumors that’s all. But it was a grossly large mast cell tumor that seemed to develop over night a few months ago that signaled the beginning of the end shortly after her 12th birthday. I was angry that cancer was invading our lives once again. We had the tumor removed, but in the end cancer stole her away as we held her close in the quiet morning hours of September 18, 2011. 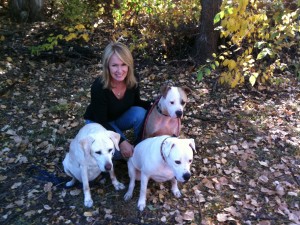 Today my house seems quiet, but of course it’s not. The sounds of life are all around me, and the dogs pace restlessly waiting to be walked. It’s still business as usual, and time marches on. I’m told not to dwell, but it’s far easier said than done, as I stare lovingly at photos that I have scattered across my desk, trying to absorb the loss that I feel inside. I focus on the beautiful golden face recalling once again the first time I stared into those big brown eyes, and my heart aches to know that she is gone. I want to hold her, and the reality is almost to hard to bear.

I continue to sift through the photos, and I imagine the sound of the thump of her tail, and it makes me smile. I glance at the fur that lays waiting to be swept from the floor. I imagine her barking at the door telling me she is ready to come inside. I think about how nerve wracking it was to take her anywhere in the car. Unless crated, she made sure that she was heard and she rocked the car like no other. Then I think of how quiet the car ride was yesterday when she took her last ride to the vet. Wrapped lovingly in a blanket, her soul already departed, and I long for that chaos. I imagine the sound of her tap-tap Labrador dance, and I close my eyes. I see her walking down the hallway, always the last to get out of bed in the morning, but always with a beautiful smile, and excitement in her eyes as she greeted each new day.

I’ll try hard not to dwell, but my heart is broken. My world was better because she was so much a part of it, and I’m certain that heaven is now a brighter place because she’s in it.

I love you my beautiful, sweet Sadie. 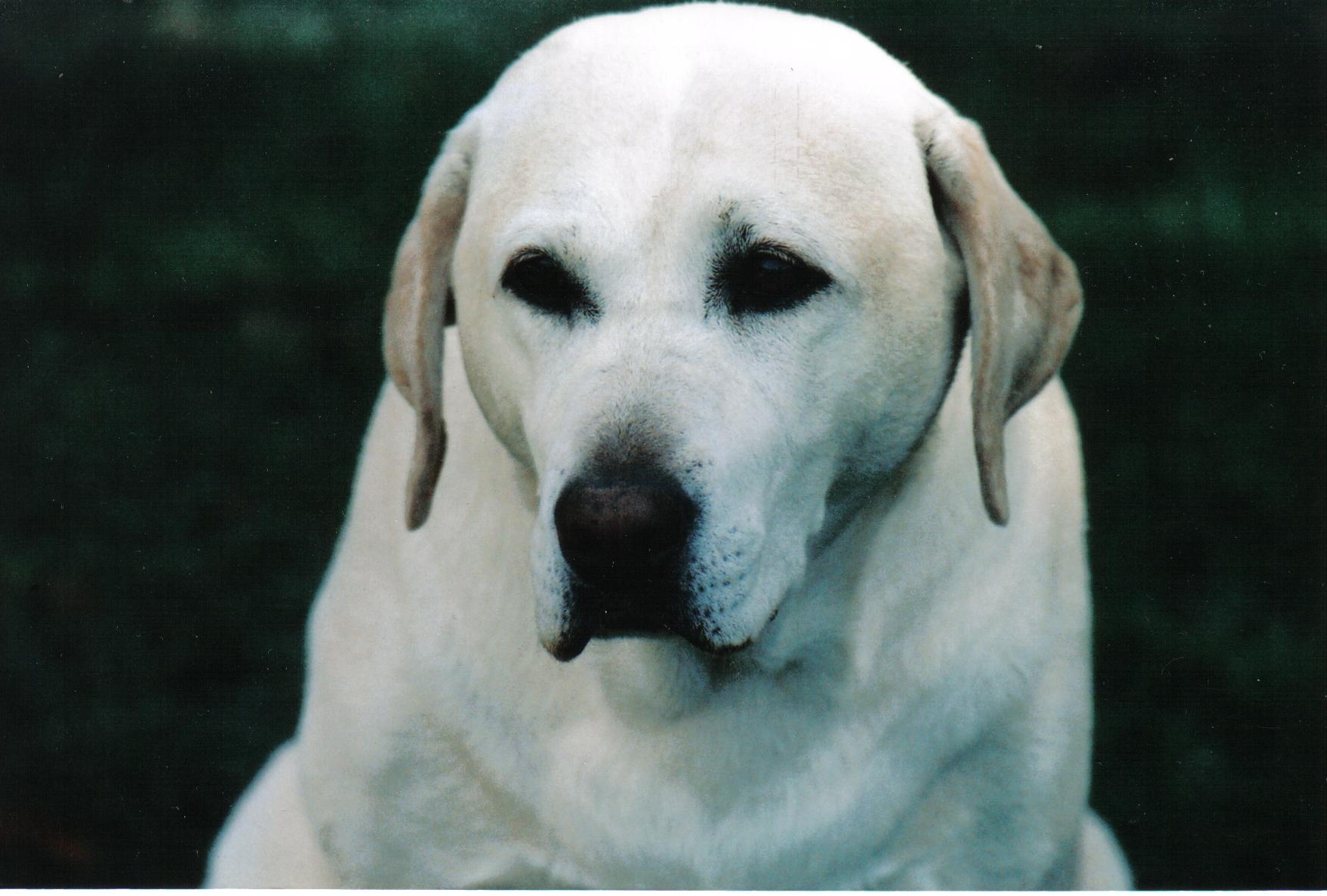