With a mission to open the first NO-KILL shelter in Detroit, the founders of Detroit Dog Rescue, Monica Martino and Hush, are focused on making a difference for the dogs that roam the city’s streets. 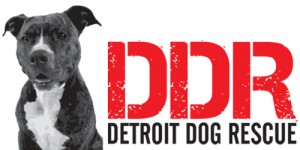 Detroit Dog Rescue was founded in February 2011, when the city of Detroit refused to allow access to a film crew that wanted to document the stray dog epidemic in the city. In Detroit, it’s estimated that there are between 50,000 – 100,000 stray dogs running loose in the streets. Tragically, over 90% of the dogs picked up are euthanized, due to lack of funds and resources; and a shortage of animal care workers and adopters.

Detroit Dog Rescue is an all volunteer, non-profit 501 (c)3 organization. They rescue and place these unwanted and abandoned dogs, and because they don’t have a shelter at this time, rely on foster homes and friends to help house the dogs that they rescue. They are focused on raising awareness for the city’s forgotten dogs, and also specialize in community outreach. By working closely with local, city, and statewide organizations, they strive to educate and involve people in their cause.

Detroit Dog Rescue needs help to raise funds to build Detroit’s first NO-KILL animal shelter. They’re goal is to raise $1,000,000, and we’re helping them spread the word. You can donate directly by visiting their website, and we’re also helping them out through the Love Adds Up campaign. Let’s show some love for the forgotten dogs of the Motor City!