The World Goes On… 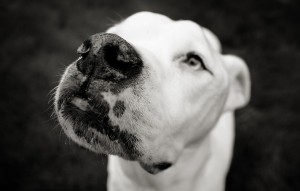 “There are souls in this world which have the gift of finding joy everywhere and of leaving it behind them when they go.” -Frederick Faber

Morning gently pokes its head through the slats of the shades and beckons me to join its celebration. As I make my way lazily to the barn, birds sing their sing-song, gliding from tree to tree, and a squirrel runs hesitantly across the grass to the bird feeder. I stare for a bit at the branches of the apple tree for I’m certain I saw small buds beginning to form when I examined them the other day. Remnants of snow still cling in shady spots, and barely hang on as the days are warming, melting away the patches that have settled far too long. Spring has announced its impending arrival, and none too soon.

The barn is quiet, with the exception of the eager anticipation of four horses awaiting their breakfast. I scan the floor realizing I haven’t seen traces of a mouse in the barn for a long time, and momentarily imagine Cain as he used to burrow through the hay, legs shaking, ready to pounce whenever I mentioned the word. Clumsy and slow, with no chance of ever making contact. He was so comical to watch, and I smile at the thoughts as I drift further into my head. In seconds, the sound of sixteen impatient hooves brings me back to reality.

A short time later, as I walk back through the yard, the same squirrel darts in front of me, dashes up a tree, and turns to face me from a branch where he perches safely out of reach. I stare up at him and remember a picture I took of Cain standing under this same tree, barking and keeping the squirrels at bay, while they chattered and taunted him from above. I’ve searched, without luck, for that photograph, and now my memory will have to suffice as it forms the images that only my words can share.

I glance around the yard and the familiarity of the season is welcoming. Everything still looks the same, yet different, and I can’t help but think that though nothing has changed; it all has changed. I reminisce again of Cain rummaging through the hay and how he never stopped trying to catch a mouse, let alone a squirrel. I shake my head with a smile, and thank him out loud for this moment of joy.