A while back I wrote about a conversation that I had with Dr. Biller when I asked how I would know when it was “time”. She said that there would be signs. Cain would start to slow down and sleep a lot. He might stop eating and lose interest in things. “You’ll know” Just some of the things she mentioned. 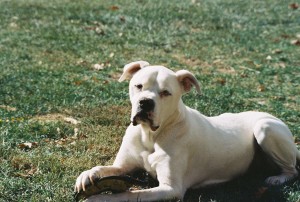 Cain became selective about a couple of things in late August. He used to get up early each morning to feed the horses with me and then go for a walk down the trail. Now he is content to sleep in and chooses to accompany me during the afternoon feedings. He definitely sleeps more but won’t let me out of the house without a walk! His appetite is strong and he still grabs his favorite toy for a game of tug of war. Aside from the sleep thing and the more pronounced cough that wakes him in the middle of night, things seem pretty much the same, but something happened recently that caught my attention.

One of the big turning points came when our furnace quit working this past weekend the coldest days of the year so far with temps in the 30’s. We made it through the weekend and happily greeted the repair man, Brad when he showed up Monday evening to bring heat to our home once again. Cain sat with me next to sofa, not knowing anyone was here and when Brad emerged from the basement, my friendly, outgoing bulldog who would at one time run and slobber across the pant leg of any unsuspecting guest, just lay there in the presence of this stranger and wagged his tail. The biggest sign of all that things are beginning to change.